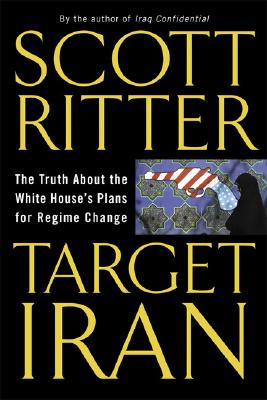 Target Iran: The Truth About the White House's Plans for Regime Change

In the run-up to the invasion of Iraq, Scott Ritter's War on Iraq was embraced by the antiwar movement in America even though his claims that Iraq had been effectively disarmed were ignored by both the Bush administration and the mainstream media. In the wake of the debacle, Ritter has been vindicated. Now Ritter, a former United Nations weapons inspector, has set his sights on the White House's hyping of Iran's alleged nuclear weapons program. In Target Iran he once again sets the record straight. This book offers Ritter's "national intelligence assessment" of the Iranian imbroglio. He examines the Bush administration's regime-change policy and the potential of Iran to threaten U.S. national security interests. The author also considers how the country is seen by other interested parties, including the United Kingdom (Tony Blair may once again be called upon by Bush to provide an international "cover" in any confrontation), Israel (the Israelis view Iran as their number one threat today), and the International Atomic Energy Agency (responsible for inspecting the alleged nuclear program).

Title: Target Iran: The Truth About the White House's Plans for Regime Change

Target Iran: The Truth About the White House's Plans for Regime Change