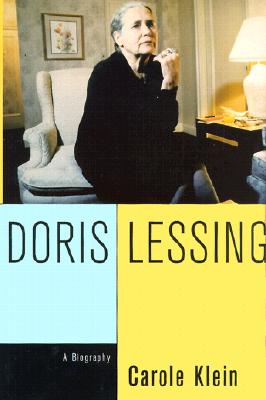 with dj - some light shelfwearStandard-sized.

Based on exclusive interviews with the fascinating Doris Lessing's lovers, colleagues, and friends, this first biography of one of the twentieth century's most influential writers uncovers the woman that Lessing herself withheld in her autobiographical novels and memoirs. For beyond the courageous, resourceful figure who fearlessly challenges the status quo in works like the four-volume Children of Violence or Lessing's masterpiece. The Golden Notebook, this revealing study finds an emotionally fragile woman forever in search of her essential identity.

Displaced and rebellious, born in Persia and raised in Rhodesia, Lessing was twice married and divorced by the age of thirty, when she moved to Britain with an unpublished manuscript and one of her children. An ardent Communist before and during World War II -- when she was married to a German -- she distanced herself from the Party shortly thereafter. Similarly, she ardently embraced and then discarded feminism. A prolific writer, she continued throughout her career to chart new territory, most famously with the series of science-fiction novels she submitted to her publisher under a pseudonym, and to reinvent the formidable persona masking the far more frangible self that this book reveals.