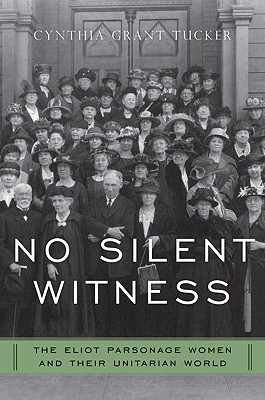 No Silent Witness: The Eliot Parsonage Women and Their Unitarian World (Religion in America)

This group biography follows three generations of ministers' daughters and wives in a famed American Unitarian family. Shifting the focus from pulpit to parsonage, and from sermon to whispered secrets, Cynthia Tucker humanizes the Eliots and their religious tradition and lifts up a largely neglected female vocation. Spanning 150 years from the early 19th century forward, the narrative shapes itself into a series of stories. Each of six chapters takes up a different woman's defining experience, from the deaths of numerous children and the anguish of infertility to the suffocation of small parish life with its chronic loneliness, doubt, and resentment. One woman confides in a rare close friend, another in the anonymous readers of magazines that publish her poems. A third escapes from an ill-fitting role by succumbing to neurasthenia, leaving one debilitating condition for another. The matriarch's granddaughters script larger lives, bypassing marriage and churchly employment to follow their hearts into same-sex relationships, and major careers in public health and preschool education. In two concluding chapters, Tucker enlarges the frame to bring in the regular parish women who collectively give voice to issues the ministers' kin must keep to themselves. All of the stories are linked by the women's continuing battles to make themselves heard over clerical wisdom that contradicts their reality.

Title: No Silent Witness: The Eliot Parsonage Women and Their Unitarian World (Religion in America)

No Silent Witness: The Eliot Parsonage Women and Their Unitarian World (Religion in America)