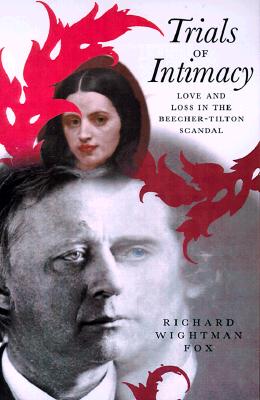 Trials of Intimacy: Love and Loss in the Beecher-Tilton Scandal

The nation's leading minister stands accused of adultery. He vehemently denies the charge but confesses to being on "the ragged edge of despair." His alleged lover is a woman of mystical faith, nearly "Catholic" in her piety. Her husband, a famous writer, sues the minister for damages. A six-month trial ends inconclusively, but it holds the nation in thrall. It produces gripping drama, scathing cartoons, and soul-searching editorials. "Trials of Intimacy" is the story of a scandal that shook American culture to the core in the 1870s because the key players were such vaunted moral leaders. In that respect there has never been another case like it except "The Scarlet Letter," to which it was constantly compared.
Henry Ward Beecher was pastor of Brooklyn's Plymouth Church and for many the "representative man" of mid-nineteenth century America. Elizabeth Tilton was the wife of Beecher's longtime intimate friend Theodore. His accusation of "criminal conversation" between Henry and Elizabeth confronted the American public with entirely new dilemmas about religion and intimacy, privacy and publicity, reputation and celebrity. The scandal spotlighted a series of comic and tragic loves and betrayals among these three figures, with a supporting cast that included Victoria Woodhull, Susan B. Anthony, and Elizabeth Cady Stanton.
To readers at the time, the Beecher-Tilton Scandal was an irresistible mystery. Richard Fox puts his readers into that same reverberating story, while offering it as a timeless tale of love, deception, faith, and the confounding indeterminacy of truth. "Trials of Intimacy" revises our conception of nineteenth-century morals and passions. And it is an American history richly resonant with present-day dramas.
"

Title: Trials of Intimacy: Love and Loss in the Beecher-Tilton Scandal

Trials of Intimacy: Love and Loss in the Beecher-Tilton Scandal