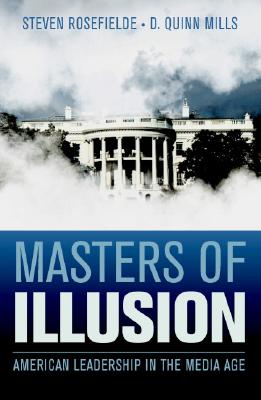 Masters of Illusion: American Leadership in the Media Age

The United States will confront a series of fundamental challenges through the middle of the twenty-first century. Using a theory of economic systems to gauge present and future global conflicts, Steven Rosefielde and D. Quinn Mills see the challenges as posed sequentially by terrorism, Russia, China, and the European Union. In the cases of terrorism, Russia, and China, Western leaders appreciate aspects of these perils, but they are crafting unduly soft policies to deal with the challenges. The authors believe that 'globalists' notwithstanding, such views are myopic in an era where nuclear proliferation has invalidated the concept of mutually assured destruction. What America requires is a new security concept that the authors call 'strategic independence' to enable keeping the peace in dangerous times and foster new generations of leaders capable of acting sanely despite a current public culture addicted to wishful thinking.

Title: Masters of Illusion: American Leadership in the Media Age

Masters of Illusion: American Leadership in the Media Age