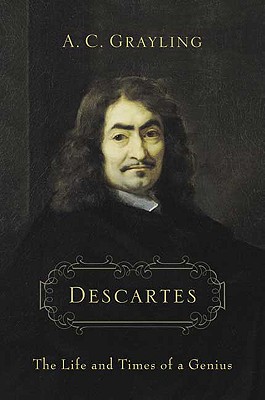 Descartes: The Life and times of a Genius

Scientist, mathematician, traveler, soldier--and spy--Rene Descartes was one of the founders of the modern world. His life coincided with an extraordinary time in history: the first half of the miraculous seventeenth century, replete with genius in the arts and sciences, and wracked by civil and international conflicts across Europe. But at his birth in 1596 the world was still dominated by medieval beliefs in phenomena such as miracles and spontaneous generation. It was Descartes who identified the intellectual tools his peers needed to free themselves from the grip of religious authority and in doing so he founded modern philosophy.
In this new biography, A. C. Grayling tells the story of Descartes' life, and places it in his tumultuous times--with the unexpected result that an entirely new aspect of the story comes to light.

Title: Descartes: The Life and times of a Genius

Descartes: The Life and times of a Genius