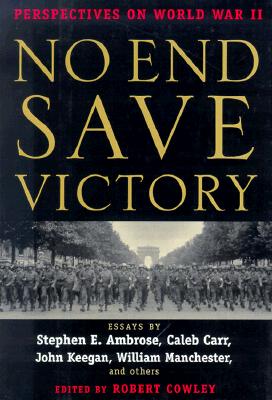 No End Save Victory: Perspectives on World War II

This collection of forty-four essays covers a wide range of World War II subjects and is written by bestselling and award-winning historians. Some highlights include Caleb Carr on Poland in 1939, the only campaign that Hitler won; Stephen E. Ambrose on a pivotal battle to take the Rhine; John Keegan on the siege of Berlin; Victor Davis Hanson on the charismatic and controversial Gen. Curtis LeMay; William Manchester on Churchill's failure to influence the French; and Antony Beevor on the battle for Stalingrad. The pieces have appeared in print only once before in the respected MHQ: The Military Journal of Military History.

Title: No End Save Victory: Perspectives on World War II

No End Save Victory: Perspectives on World War II