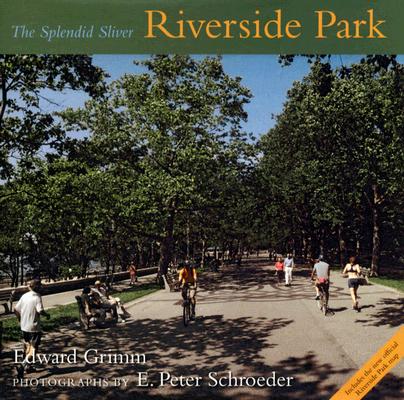 Riverside Park is an illustrated tribute to Frederick Law Olmsted's "other" New York City sanctuary. Since its conception in the 1870s, the park has undergone a number of transformations and suffered from periods of misuse and neglect, but in 1984, much-needed renovations turned this city oasis into what is today one of Manhattan's most beautiful attractions.

"If the West Side does not stir you, you are a clod, past redemption."-Robert Moses Millions visit the Upper West Side landmark annually, and despite the heavy use, thousands of volunteers keep the grounds pristine. The park is now being extended southward as part of Manhattan's plan to reclaim the island's six hundred miles of waterfront, and Riverside Drive-Olmsted's curving thoroughfare flanking the park-has long been one of Manhattan's premier addresses. "I often feel drawn to the Hudson River.... I never get tired of looking at it; it hypnotizes me."-Joseph Mitchell, from The Rivermen From the time it was carved out of an unpromising landscape, Riverside Park has continued to reinvent itself. Using photographs (both contemporary and historical), illustrations, poems, and original and excerpted narrative, Edward Grimm and E. Peter Schroeder tell the intriguing story of a symbol of the modern revitalization of New York City. "Riverside Park will be a genuine riverside reservation, dedicated forever to the use of the people, beautiful in the highest sense."-The New York World, April 24, 1892 *Includes the official Riverside Park Fund Map of 2007*