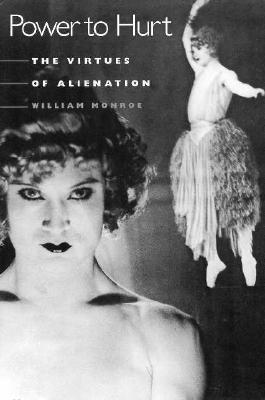 Power to Hurt: THE VIRTUES OF ALIENATION (Series; 41)

William Monroe
addresses what William J. Bennett ignores in The Book of Virtues:
How do readers use literature as "equipment for living"?
Tackling modernism
and postmodernism, Monroe outlines "virtue criticism," an alternative
to current theory. Focusing on works by T. S. Eliot, Vladimir Nabokov,
and Donald Barthelme, he demonstrates that these alienistic texts are
not just filled with belligerence but are also endowed with virtues, such
as trust and the promise of solidarity with the reader. By considering
these vital texts as responses to personal situations and institutional
practices, Monroe brings literature back to the common reader and shows
how it offers functional responses to the dysfunctional situations of
modern life.
Readers interested
in literary criticism, American culture, and the relationship between
ethics and literature will be fascinated by virtue criticism and this
fresh look at the virtues and vices of alienation.
Chosen as a Choice Magazine's Outstanding Academic Book for 1999.

Title: Power to Hurt: THE VIRTUES OF ALIENATION (Series; 41)

Power to Hurt: THE VIRTUES OF ALIENATION (Series; 41)