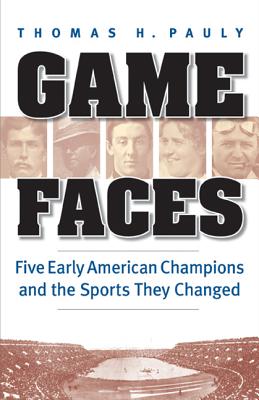 This compelling blend of biography and cultural history depicts five important yet nearly forgotten athletes from the late nineteenth and early twentieth centuries who had a transformative effect on their sports and on the evolution of sports in general. Tom Stevens was the first man to ride a bicycle, "a high wheeler," around the world (1884-87). Fanny Bullock Workman completed seven expeditions into the Himalayas between 1898 and 1912. Bill Reid, a Harvard football coach and one of the game's first professionals, played a key role in saving the sport from a national movement to abolish it in 1905. May Sutton became the National Champion of women's tennis at the age of sixteen and was the first American woman to triumph at Wimbledon (1905). Barney Oldfield was an early champion of motor car racing (1902) whose aggressive pursuit of crowd appeal and "outlaw" style rankled his competitors but won him many races.
Although they participated in different sports, these five athletes were central to the evolution of sports from casual leisure recreations into serious, commercialized competitions and recognizable approximations of our sports today. Game Faces tracks the powerful influence of money, rules, and mediating organizations on this transformation and examines pitched battles between these champions and their archrivals. The outcomes determined not only the winners but also the future of their sports.