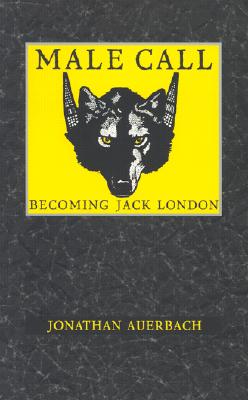 When Jack London died in 1916 at age forty, he was one of the most famous writers of his time. Eighty years later he remains one of the most widely read American authors in the world. The first major critical study of London to appear in a decade, Male Call analyzes the nature of his appeal by closely examining how the struggling young writer sought to promote himself in his early work as a sympathetic, romantic man of letters whose charismatic masculinity could carry more significance than his words themselves.
Jonathan Auerbach shows that London's personal identity was not a basis of his literary success, but rather a consequence of it. Unlike previous studies of London that are driven by the author's biography, Male Call examines how London carefully invented a trademark "self" in order to gain access to a rapidly expanding popular magazine and book market that craved authenticity, celebrity, power, and personality. Auerbach demonstrates that only one fact of London's life truly shaped his art: his passionate desire to become a successful author. Whether imagining himself in stories and novels as a white man on trail in the Yukon, a sled dog, a tramp, or a professor; or engaging questions of manhood and mastery in terms of work, race, politics, class, or sexuality, London created a public persona for the purpose of exploiting the conventions of the publishing world and marketplace.
Revising critical commonplaces about both Jack London's work and the meaning of "nature" within literary naturalism and turn-of-the-century ideologies of masculinity, Auerbach's analysis intriguingly complicates our view of London and sheds light on our own postmodern preoccupation with celebrity. Male Call will attract readers with an interest in American studies, American literature, gender studies, and cultural studies.