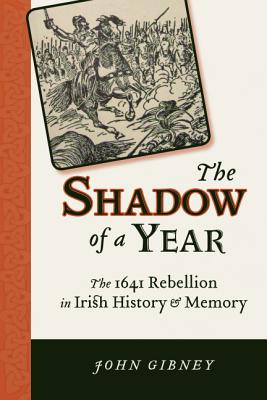 The Shadow of a Year: The 1641 Rebellion in Irish History and Memory (History of Ireland & the Irish Diaspora)

Counterculture icon and best-selling author of the anti-authoritarian novels One Flew Over the Cuckoo s Nest and Sometimes a Great Notion, Ken Kesey said he was too young to be a beatnik and too old to be a hippie. It s All a Kind of Magic is the first biography of Kesey. It reveals a youthful life of brilliance and eccentricity that encompassed wrestling, writing, farming, magic and ventriloquism, CIA-funded experiments with hallucinatory drugs, and a notable cast of characters that would come to include Wallace Stegner, Larry McMurtry, Tom Wolfe, Neal Cassady, Timothy Leary, the Grateful Dead, and Hunter S. Thompson. Based on meticulous research and many interviews with friends and family, Rick Dodgson s biography documents Kesey s early life, from his time growing up in Oregon through his college years, his first drug experiences, and the writing of his most famous books. While a graduate student in creative writing at Stanford University in the late 1950s and early 1960s, Kesey worked the night shift at the Menlo Park Veterans Administration hospital, where he earned extra money taking LSD and other psychedelic drugs for medical studies. Soon he and his bohemian crowd of friends were using the same substances to conduct their own experiments, exploring the frontiers of their minds and testing the boundaries of their society. With the success of One Flew Over the Cuckoo s Nest, Kesey moved to La Honda, California, in the foothills of San Mateo County, creating a scene that Hunter S. Thompson remembered as the world capital of madness. There, Kesey and his growing band of Merry Prankster friends began hosting psychedelic parties and living a hippie lifestyle before anyone knew what that meant. Tom Wolfe s book The Electric Kool-Aid Acid Test mythologized Kesey s adventures in the 1960s. Illustrated with rarely seen photographs, It s All a Kind of Magic depicts a precocious young man brimming with self-confidence and ambition who through talent, instinct, and fearless spectacle made his life into a performance, a wild magic act that electrified American and world culture.
Rick Dodgson has pored over Kesey s published and unpublished writings, interviews, and historical records to write a colorful biography of this charismatic American character. The resulting portrayal challenges assumptions about Kesey s place in the counterculture. Journal of American History
Dodgson s painstaking research unearths hidden gems of Kesey s life that marked him as a fascinating figure. H-Net"

Title: The Shadow of a Year: The 1641 Rebellion in Irish History and Memory (History of Ireland & the Irish Diaspora)

The Shadow of a Year: The 1641 Rebellion in Irish History and Memory (History of Ireland & the Irish Diaspora)