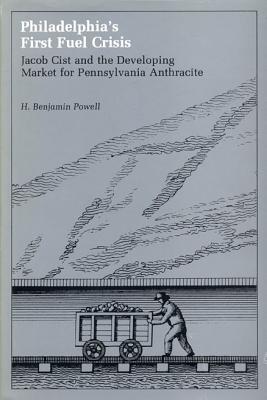 The entrepreneur's role is stressed in this opening scene in the drama of Pennsylvania anthracite. Jacob Cist holds center stage, although other actors are featured, because of his attention to four essentials in developing an industry: scientific knowledge of the product's sources and uses; managerial acumen in assessing capital needs; political realism in recognizing transportation requirements; and, above all, marketing skill in winning product acceptance.

Jacob Cist learned his role as a hard coal pioneer almost from his birth in 1782 under the tutelage of his father, Charles, and his uncle, Jacob Weiss. Charles Cist, a German-born journalist, published articles on the importance of coal in the British industrial revolution. He also invested in the Lehigh Coal Mine Company on the advice of Weiss, one of the first American coal prospectors. The Weiss family, abetted by Charles Cist and John Nicholson, used their entrepreneurial skills from 1972 onward to develop sources and uses of anthracite, and also to persuade the Pennsylvania legislature to fund dredging of the Lehigh River.

Jacob Cist's opportunity to become the key figure in the development of Pennsylvania anthracite came in 1807 with his marriage to the daughter of Matthias Hollenbeck of Wilkes-Barre, the richest merchant and largest landlord in his state's northeastern corner. Becoming a business partner of Hollenbeck and other Wyoming Valley magnates, Cist invested in coal mines both for the local iron trade and for shipment to Connecticut, New York City, Baltimore, and Philadelphia via road, river, and canal.

The War of 1812 caused a fuel crisis in Philadelphia, then America's chief metropolis, since English coal shipments stopped and a British coastal blockade inflated the price of Virginia coal. Cist and his associates met the crisis, serving both their country and their industry. Cist led the group because of his mercantile and political know-how, combined with his technical, drafting, and writing skills.

Professor Powell shows that Pennsylvania businessmen and their political allies before 1825 were more forward-looking than some economic historians have held, both in developing resources and in providing transportation for them, especially canals. One leading economic historian, Alfred D. Chandler, Jr., cites Pennsylvania anthracite as the single most important element in initiating the industrial revolution in the United States."