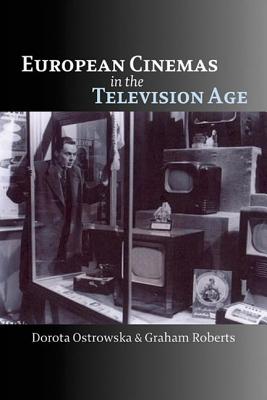 European Cinemas in the Television Age

European Cinemas in the Television Age is a radical attempt to rethink the post-war history of European cinemas. The authors approach the subject from the perspective of television's impact on the culture of cinema's production, distribution, consumption and reception. Thus they indicate a new direction for the debate about the future of cinema in Europe. In every European country television has transformed economic, technological and aesthetic terms in which the process of cinema production had been conducted. Television's growing popularity has drastically reshaped cinema's audiences and forced governments to introduce policies to regulate the interaction between cinema and television in the changing and dynamic audio-visual environment. It is cinematic criticism, which was slowest in coming to terms with the presence of television and therefore most instrumental in perpetuating the view of cinema as an isolated object of aesthetic, critical and academic inquiry. The recognition of the impact of television upon European cinemas offers a more authentic and richer picture of cinemas in Europe, which are part of the complex audiovisual matrix including television and new media.

European Cinemas in the Television Age