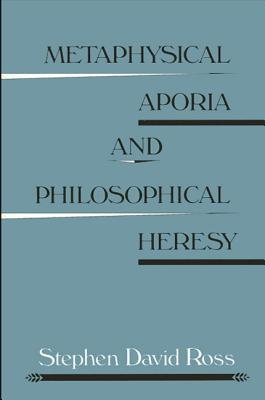 From Descartes to the present, there has been a call for a new beginning in philosophy. Contemporary continental philosophy and American pragmatism continue to proclaim the end of one philosophic tradition and the beginning of another. The basis for many of these developments is the repudiation of metaphysics.

The purpose of this book is to rethink the metaphysical traditions in terms of the continental and pragmatist critiques, rejecting a single view. The major works in the tradition are viewed as heretical. Philosophy has recurrently acknowledged aporia: "moments in the movement of thought in which it finds itself faced with unconquerable obstacles resulting from conflicts in its understanding of its own intelligibility." A chapter is devoted to each of the eight major philosophers and movements in the Western canonical tradition: the pre-Socratics, Plato, Aristotle, Spinoza, Leibniz, empiricism, Kant, and Hegel. The last three chapters are devoted to contemporary discussions of the end of metaphysics, including the development of a "local" metaphysics that is able to express its own locality and aporia.