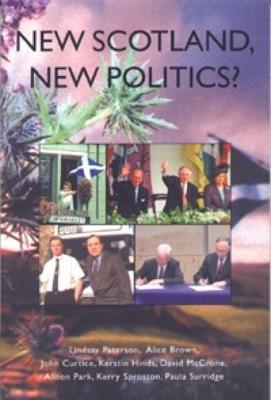 What are Scots' expectations of their new Parliament? What influenced them when they were casting their votes in the first elections? What social policies do they want the Parliament to pursue? How do they see the future of Scotland's relationship with the rest of the UK and the rest of Europe? And how does the country's new constitutional status relate to people's sense of national identity?The book analyses Scotland's first parliamentary election in May 1999, and looks to the future of Scottish politics, Scottish social attitudes and Scotland's relationship with the rest of the United Kingdom. Written by the leading authorities on Scottish politics and society, it provides a definitive account of social and political attitudes in Scotland at the beginning of the new parliamentary democracy, and at a time when Scotland's relationship with the rest of the United Kingdom is undergoing radical change.