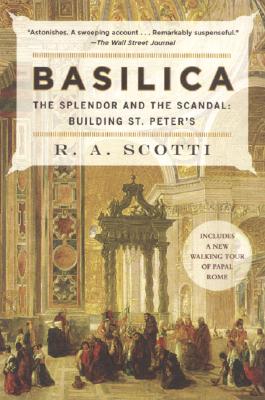 Basilica: The Splendor and the Scandal: Building St. Peter's

In this dramatic journey through religious and artistic history, R. A. Scotti traces the defining event of a glorious epoch: the building of St. Peter's Basilica. Begun by the ferociously ambitious Pope Julius II in 1506, the endeavor would span two tumultuous centuries, challenge the greatest Renaissance masters?Michelangelo, Raphael, and Bramante?and enrage Martin Luther. By the time it was completed, Shakespeare had written all of his plays, the Mayflower had reached Plymouth?and Rome had risen with its astounding basilica to become Europe's holy metropolis. A dazzling portrait of human achievement and excess, Basilica is a triumph of historical writing.

Title: Basilica: The Splendor and the Scandal: Building St. Peter's

Basilica: The Splendor and the Scandal: Building St. Peter's