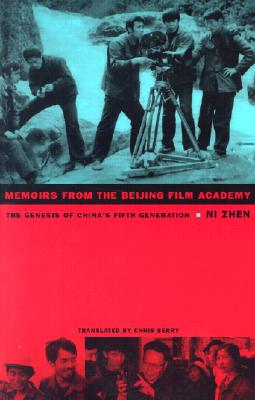 After graduating from the Beijing Film Academy in 1982, directors like Chen Kaige and Zhang Yimou transformed Chinese cinema with Farewell My Concubine, Yellow Earth, Raise the Red Lantern, and other international successes. Memoirs from the Beijing Film Academy tells the riveting story of this class of 1982, China's famous "Fifth Generation" of filmmakers. It is the first insider's account of this renowned cohort to appear in English. Covering these directors' formative experiences during China's tumultuous Cultural Revolution and later at the Beijing Film Academy, Ni Zhen--who was both their screenwriter and teacher--provides unique insights into the origins of the Fifth Generation's creativity. Drawing on his personal knowledge and interviews conducted especially for this volume, Ni Zhen demonstrates the diversity of the Fifth Generation. He comments on the breadth of styles and themes explored by its members and introduces a range of male and female directors, cinematographers, and production designers famous in China but less well-known internationally. The book contains vivid descriptions of the production processes of two pioneering films--One and Eight and Yellow Earth.