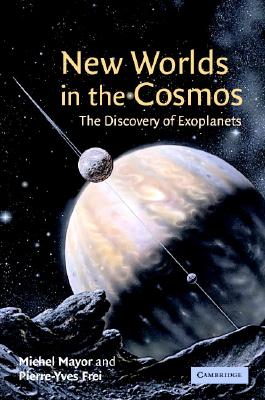 New Worlds in the Cosmos: The Discovery of Exoplanets

With the discovery in 1995 of the first planet orbiting another star, we now realize that planets are not unique to our own Solar System. For centuries, humanity has wondered whether we are alone in the Universe. We are now finally one step closer to knowing the answer. The quest for exoplanets is an exciting one because it holds the possibility that one day we might find life elsewhere in the Universe, born in the light of another sun. Written from the perspective of one of the pioneers of this scientific adventure, this exciting account describes the development of the modern observing technique that has enabled astronomers to find so many planets orbiting around other stars. It reveals the wealth of new planets that have now been discovered outside our Solar System, and the meaning of this finding as it concerns other life in the Universe. Michel Mayor is Director of the Observatory of Geneva, Switzerland. In 1995, together with Didier Queloz, he discovered the first extrasolar planet (51 Peg b) around a main sequence star, and has discovered many more since. His work earned him the prestigious Balzan Prize in 2000, for Instrumentation and Techniques in Astronomy and Astrophysics. Pierre-Yves Frei is a science journalist with the Swiss newspaper, Lausanne Hebdo. In 1998 he was awarded the Media Prize of the Swiss Natural Sciences Academy for science popularization. Boud Roukema is the translator.

Title: New Worlds in the Cosmos: The Discovery of Exoplanets

New Worlds in the Cosmos: The Discovery of Exoplanets