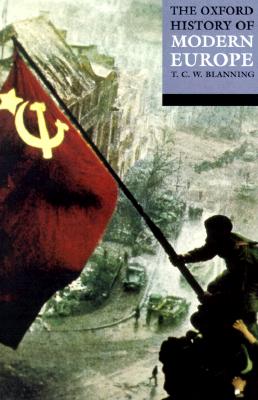 The Oxford History of Modern Europe

Written by an international team of leading scholars, The Oxford History of Modern Europe traces Europe's turbulent history, from the beginnings of the Revolution in France to the dawn of two world wars to the breakup of the Soviet Union to today's kaleidoscope of nation-states. The achievements (and failures) of key figures from many arenas--politics, technology, warfare, religion, and the arts among them--are drawn vividly, and social, cultural, and economic insights are included alongside the record of geopolitical strife. We read of the personality cult as exemplified by the Soviet portraits glorifying Lenin; the importance of the nylon stocking in the post-World War II economic boom; the influence of religion as five new nations (Serbia, Montenegro, Bulgaria, Romania, and Albania) emerged between 1871 and 1914--an influence that continues to be both vigorous and deadly; and the confrontation between traditional and modern cultures captured as the railway age began in Russia.
Insightful, provocative, and intellectually rewarding, this book offers an unparalleled, informed perspective on the history of the continent.

The Oxford History of Modern Europe