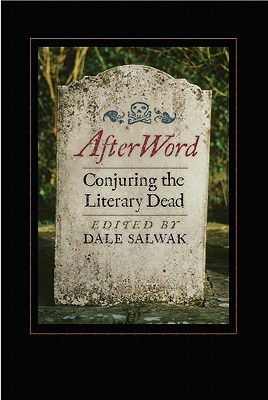 If you could meet one deceased literary figure, who would that be? What would you ask? What would you say, and why? In "AfterWord: Conjuring the Literary Dead," eighteen distinguished authors respond to this challenge by creating imagined conversations with a constellation of British and American authors, from Samuel Johnson to Jane Austen to Samuel Beckett to Edith Wharton. Each chapter embarks on an intellectual, emotional, and often humorous voyage as the layers of time are peeled away, letting readers experience authors as they really were in their own era or, on occasion, transported to the present. As eccentric as it is eclectic, this collection takes the audience on a dizzying descent into a literary Inferno where biographers, novelists, and critics eat the food of the dead and return to tell the tale. Readers will take great pleasure in seeing what happens when scholars are loosed from the chains of fact and conduct imaginary interviews with deceased authors. Covering 200 years of literary history, the essays in "AfterWord" draw upon the lifelong, consuming interest of the contributors, each fashioning a vivid, credible portrait of a vulnerable, driven, fully human character. As contributors appeal to what Margaret Atwood calls the deep human desire to go to the land of the dead, to bring back to the living someone who has gone there, readers are privy to questions that have seldom been asked, to incidents that have been suppressed, to some of the secrets that have puzzled readers for years, and to novel literary truths about the essential nature of each author. Contributors to "AfterWord" are: Catherine Aird (on Rudyard Kipling), Brian Aldiss (on Thomas Hardy), Margaret Atwood (on negotiating with the dead), William M. Chace (on Ezra Pound), Nora Crook (on the Shelleys), Paul Delany (on George Gissing), Colin Dexter (on Alfred Edward Housman), Margaret Drabble (on Arnold Bennett), Peter Firchow (on George Orwell), Alan W. Friedman (on Samuel Beckett), Eugene Goodheart (on Jane Austen), John Halperin (on Edith Wharton), Francis King (on Oscar Wilde), Jeffrey Meyers (on Samuel Johnson), Cynthia Ozick (on Henry James), Jay Parini (on Robert Frost), Carl Rollyson (on William Faulkner), Dale Salwak and Laura Nagy (on literary imagination), Alan Sillitoe (on Joseph Conrad), and Ann Thwaite (on Frances Hodgson Burnett, Edmund Gosse, A. A. Milne, and Emily Tennyson).