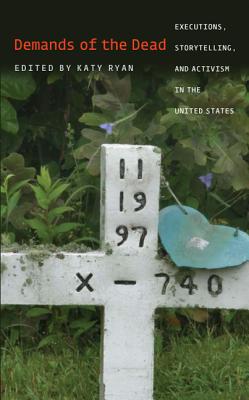 Demands of the Dead: Executions, Storytelling, and Activism in the United States

The first work to combine literary criticism with other forms of death penalty-abolitionist writing, Demands of the Dead demonstrates the active importance of literature and literary criticism to the struggle for greater justice in the United States. Gathering personal essays, scholarly articles, and creative writings on the death penalty in American culture, this striking collection brings human voices and literary perspectives to a subject that is often overburdened by statistics and angry polemics. Contributors include death-row prisoners, playwrights, poets, activists, and literary scholars.

Highlighting collaborations between writers inside and outside prison, all within the context of the history of state killing laws and foundational concepts that perpetuate a culture of violent death, Demands of the Dead opens with a pamphlet dictated by Willie Francis, a teenager who survived a first execution attempt in Louisiana's electric chair before he was subsequently killed by the state in 1947.

Writers are a conspicuous part of U.S. death-penalty history, composing a vibrant literary record of resistance to state killing. This multigenre collection both recalls and contributes to this tradition through discussions of such writers as Walt Whitman, Herman Melville, Gertrude Atherton, Ernest Gaines, Sonia Sanchez, Kia Corthron, and Sherman Alexie. A major contribution to literary studies and American prison studies, Demands of the Dead asserts the relevance of storytelling to ethical questions and matters of public policy.

Title: Demands of the Dead: Executions, Storytelling, and Activism in the United States

Demands of the Dead: Executions, Storytelling, and Activism in the United States