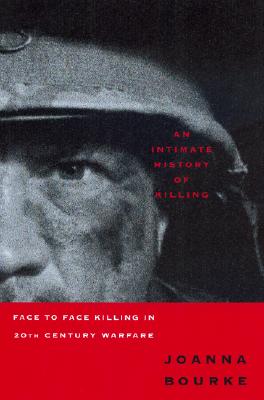 An Intimate History Of Killing: Face To Face Killing In Twentieth Century Warfare

The characteristic act of men at war is not dying, but killing. Politicians and military historians may gloss over human slaughter, emphasizing the defense of national honor, but for men in active service, warfare means being - or becoming - efficient killers. In An Intimate History of Killing, historian Joanna Bourke asks: What are the social and psychological dynamics of becoming the best "citizen soldiers?" What kind of men become the best killers? How do they readjust to civilian life?These questions are answered in this groundbreaking new work that won, while still in manuscript, the Fraenkel Prize for Contemporary History. Excerpting from letters, diaries, memoirs, and reports of British, American, and Australian veterans of three wars (World War I, World War II, and Vietnam), Bourke concludes that the structure of war encourages pleasure in killing and that perfectly ordinary, gentle human beings can, and often do, become enthusiastic killers without being brutalized.This graphic, unromanticized look at men at war is sure to revise many long-held beliefs about the nature of violence.

An Intimate History Of Killing: Face To Face Killing In Twentieth Century Warfare