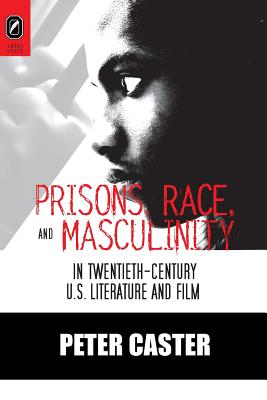 In Prisons, Race, and Masculinity, Peter Caster demonstrates the centrality of imprisonment in American culture, illustrating how incarceration, an institution inseparable from race, has shaped and continues to shape U.S. history and literature in the starkest expression of what W. E. B. DuBois famously termed "the problem of the color line."

A prison official in 1888 declared that it was the freeing of slaves that actually created prisons: "we had to establish means for their control. Hence came the penitentiary." Such rampant racism co ntributed to the criminalization of black masculinity in the cultural imagination, shaping not only the identity of prisoners (collectively and individually) but also America's national character. Caster analyzes the representations of imprisonment in books, films, and performances, alternating between history and fiction to describe how racism influenced imprisonment during the decline of lynching in the 1930s, the political radicalism in the late 1960s, and the unprecedented prison expansion through the 1980s and 1990s. Offering new interpretations of familiar works by William Faulkner, Eldridge Cleaver, and Norman Mailer, Caster also engages recent films such as American History X, The Hurricane, and The Farm: Life Inside Angola Prison alongside prison history chronicled in the transcripts of the American Correctional Association. This book offers a compelling account of how imprisonment has functioned as racial containment, a matter critical to U.S. history and literary study.