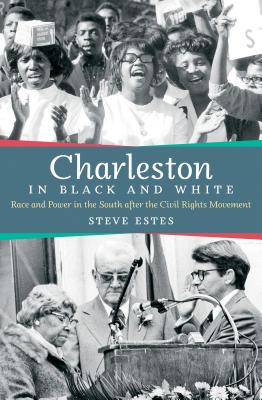 Charleston in Black and White: Race and Power in the South after the Civil Rights Movement

Once one of the wealthiest cities in America, Charleston, South Carolina, established a society built on the racial hierarchies of slavery and segregation. By the 1970s, the legal structures behind these racial divisions had broken down and the wealth built upon them faded. Like many southern cities, Charleston had to construct a new public image. In this important book, Steve Estes chronicles the rise and fall of black political empowerment and examines the ways Charleston responded to the civil rights movement, embracing some changes and resisting others.

Based on detailed archival research and more than fifty oral history interviews, Charleston in Black and White addresses the complex roles played not only by race but also by politics, labor relations, criminal justice, education, religion, tourism, economics, and the military in shaping a modern southern city. Despite the advances and opportunities that have come to the city since the 1960s, Charleston (like much of the South) has not fully reckoned with its troubled racial past, which still influences the present and will continue to shape the future.

Title: Charleston in Black and White: Race and Power in the South after the Civil Rights Movement

Charleston in Black and White: Race and Power in the South after the Civil Rights Movement