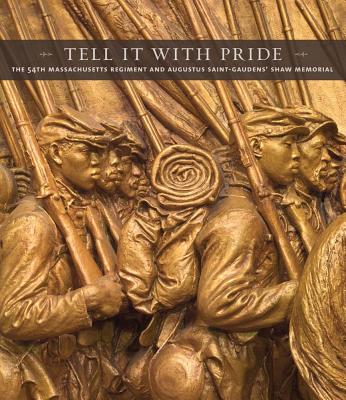 Tell It With Pride: The 54th Massachusetts Regiment and Augustus Saint-Gaudensï¿½ Shaw Memorial

On July 18, 1863, six months after President Abraham Lincoln signed the Emancipation Proclamation, one of the first American units composed of African Americans stormed Fort Wagner in South Carolina, led by Colonel Robert Shaw Gould. Although the regiment suffered great losses, the Massachusetts 54th Volunteer Infantry legitimized the idea of blacks serving in the military, and Lincoln considered their sacrifice a turning point in the Civil War. Twenty years later, sculptor Augustus Saint-Gaudens began work on a bronze memorial for this heroic troop, which was installed on the Boston Common in 1897.

Tell It With Pride explores the enduring significance of this beloved monument. Original daguerreotypes, carte-de-visite portraits, and a full listing of the regiment's members, along with vintage and contemporary artworks by Matthew Brady, Lewis Hine, and Carrie Mae Weems tell the story of the legacy of the Battle of Fort Wagner and the role of photography in memorializing the regiment then and now.

Tell It With Pride: The 54th Massachusetts Regiment and Augustus Saint-Gaudensï¿½ Shaw Memorial