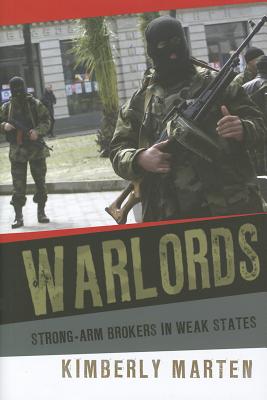 Warlords are individuals who control small territories within weak states, using a combination of force and patronage. In this book, Kimberly Marten shows why and how warlords undermine state sovereignty. Unlike the feudal lords of a previous era, warlords today are not state-builders. Instead they collude with cost-conscious, corrupt, or frightened state officials to flout and undermine state capacity. They thrive on illegality, relying on private militias for support, and often provoke violent resentment from those who are cut out of their networks. Some act as middlemen for competing states, helping to hollow out their own states from within. Countries ranging from the United States to Russia have repeatedly chosen to ally with warlords, but Marten argues that to do so is a dangerous proposition.

Drawing on interviews, documents, local press reports, and in-depth historical analysis, Marten examines warlordism in the Pakistani tribal areas during the twentieth century, in post-Soviet Georgia and the Russian republic of Chechnya, and among Sunni militias in the U.S.-supported Anbar Awakening and Sons of Iraq programs. In each case state leaders (some domestic and others foreign) created, tolerated, actively supported, undermined, or overthrew warlords and their militias. Marten draws lessons from these experiences to generate new arguments about the relationship between states, sovereignty, "local power brokers," and stability and security in the modern world.

Description: 0801450764 Bumped and creased book with tears to the extremities, but not affecting the text block and a remainder mark to one edge - Good