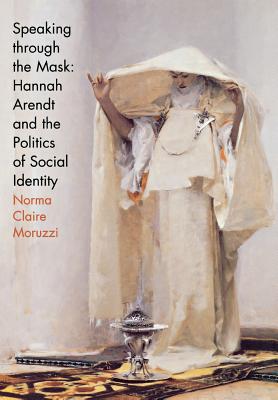 Speaking through the Mask: Hannah Arendt and the Politics of Social Identity (Psychoanalysis and Social Theory)

Hannah Arendt was famously resistant to both psychoanalysis and feminism. Nonetheless, psychoanalytic feminist theory can offer a new interpretive strategy for deconstructing her equally famous opposition between the social and the political.Supplementing critical readings of Arendt's most significant texts (including The Human Condition, On Revolution, Rahel Varnhagen, The Origins of Totalitarianism, Eichmann in Jerusalem, and The Life of the Mind) with the insights of contemporary psychoanalytic, feminist, and social theorists, Norma Claire Moruzzi reconstitutes the relationship in Arendt's texts between constructed social identity and political agency. Moruzzi uses Julia Kristeva's writings on abjection to clarify the textual dynamic in Arendt's work that constructs the social as a natural threat; Joan Riviere's and Mary Ann Doane's work on feminine masquerade amplify the theoretical possibilities implicit in Arendt's own discussion of the public, political mask. In a bold interdisciplinary synthesis, Moruzzi develops the social applications of a concept (the mask) Arendt had described as limited to the strictly political realm: a new conception of (political) agency as (social) masquerade, traced through the marginal but emblematic textual figures who themselves enact the politics of social identity.

Title: Speaking through the Mask: Hannah Arendt and the Politics of Social Identity (Psychoanalysis and Social Theory)

Description: 0801437857 Bumped and creased book with tears to the extremities, but not affecting the text block and a non-returnable stamp to one edge - Good

Speaking through the Mask: Hannah Arendt and the Politics of Social Identity (Psychoanalysis and Social Theory)