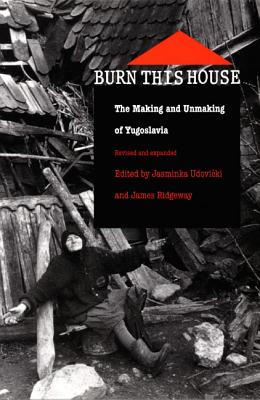 Burn This House: The Making and Unmaking of Yugoslavia

With Muslim, Croatian, and Serbian journalists and historians as contributors, "Burn This House" portrays the chain of events that led to the recent wars in the heart of Europe. Comprised of critical, nonnationalist voices from the former Yugoslavia, this volume elucidates the Balkan tragedy while directing attention toward the antiwar movement and the work of the independent media that have largely been ignored by the U.S. press. Updated since its first publication in 1997, this expanded edition, more relevant than ever, includes material on new developments in Kosovo.
The contributors show that, contrary to descriptions by the Western media, the roots of the warring lie not in ancient Balkan hatreds but rather in a specific set of sociopolitical circumstances that occurred after the death of Tito and culminated at the end of the Cold War. In bringing together these essays, Serbian-born sociologist Jasminka Udovicki and "Village Voice" Washington correspondent James Ridgeway provide essential historical background for understanding the turmoil in Croatia, Bosnia, and Kosovo and expose the catalytic role played by the propaganda of a powerful few on all sides of what eventually became labeled an ethnic dispute.
"Burn This House" offers a poignant, informative, and fully up-to-date explication of the continuing Balkan tragedy.

Title: Burn This House: The Making and Unmaking of Yugoslavia

Burn This House: The Making and Unmaking of Yugoslavia