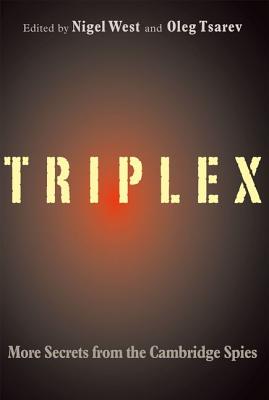 TRIPLEX: Secrets from the Cambridge Spies

"TRIPLEX" reveals more clearly than ever before the precise nature and extent of the damage done to the much-vaunted British intelligence establishment during World War II by the notorious "Cambridge Five" spy ring--Kim Philby, Donald Maclean, Guy Burgess, Anthony Blunt, and John Cairncross. The code word TRIPLEX refers to an exceptionally sensitive intelligence source, one of the most closely guarded secrets of the war, which appears nowhere in any of the British government's official histories. TRIPLEX was material extracted illicitly from the diplomatic pouches of neutral missions in wartime London. MI5, the British Security Service, entrusted the job of overseeing the highly secret assignment to Anthony Blunt, who was already working for the NKVD, Stalin's intelligence service. The rest is history, documented here for the first time in rich detail.

TRIPLEX: Secrets from the Cambridge Spies