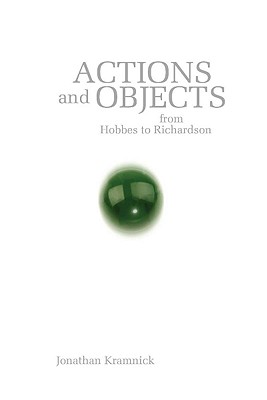 Actions and Objects from Hobbes to Richardson

How do minds cause events in the world? How does "wanting" to write a letter "cause" a person's hands to move across the page, or "believing" something to be true "cause" a person to make a promise? In "Actions and Objects," Jonathan Kramnick examines the literature and philosophy of action during the late seventeenth and early eighteenth centuries, when philosophers and novelists, poets and scientists were all concerned with the place of the mind in the world. These writers asked whether belief, desire, and emotion were part of nature--and thus subject to laws of cause and effect--or in a special place outside the natural order. Kramnick puts particular emphasis on those who tried to make actions compatible with external determination and to blur the boundary between mind and matter. He follows a long tradition of examining the close relation between literary and philosophical writing during the period, but fundamentally revises the terrain. Rather than emphasizing psychological depth and interiority or asking how literary works were understood as true or fictional, he situates literature alongside philosophy as jointly interested in discovering how minds work.

Title: Actions and Objects from Hobbes to Richardson

Description: 0804770514 Clean, unread hardcover with modest shelfwear including a very small bump/tear to the boards, missing dust jacket and a publisher's mark to one edge - otherwise Nice!

Actions and Objects from Hobbes to Richardson