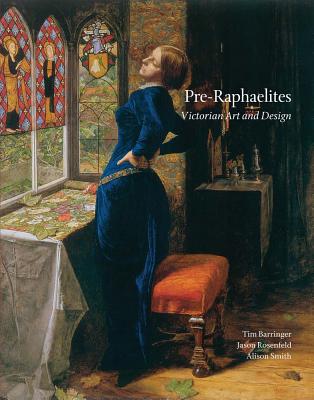 The Pre-Raphaelite Brotherhood shook the mid-19th-century art world. Effectively Britain's first modern art movement, the Brotherhood combined rebellion and revivalism, scientific precision, and imaginative grandeur. Today, the works of the Pre-Raphaelites are among the best known of all English paintings, and yet they have often been dismissed or misunderstood as Victoriana or escapism. This fascinating book convincingly corrects that view, examining works in a wide variety of media and demonstrating the broad scope of the movement's revolutionary ideas about art, design, and society.

Led by Dante Gabriel Rossetti, William Holman Hunt, and John Everett Millais, the Pre-Raphaelites' unflinchingly radical style, inspired by the purity of early Renaissance painting, defied convention, provoked critics, and entranced audiences. Many of their most famous paintings are featured, including Millais's "Ophelia "and Ford Madox Brown's "The Last of England." This book also includes sculpture, photography, and the applied arts, the last of which shows the important role the Brotherhood played in the early development of the Arts and Crafts movement and the socialist ideas of the poet, designer, and theorist William Morris.