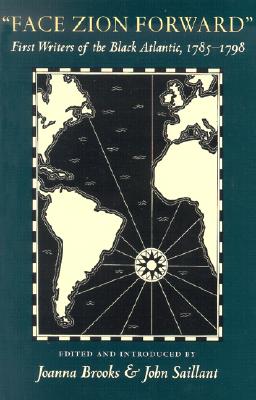 At the close of the Revolutionary War, more than 3,000 black Loyalists, many liberated from slavery by enlisting in the British army, made exodus in 1783 from New York to Nova Scotia in search of land and freedom. Almost half of the emigrants settled an independent black community at Birchtown, Nova Scotia, where, despite extraordinarily harsh conditions, they established their own churches and schools, and cultivated a shared sense of themselves as a chosen people. A majority of the population emigrated once again in 1791, this time setting sail for Sierra Leone to fulfill what they perceived to be their prophetic destiny. This circuit of gathering, exodus, and diaspora was grounded in a unique black Atlantic theology focused on redemption and Zion that was conceptualized and shaped by the charismatic black evangelists of diverse Protestant faiths who converged in the Nova Scotia settlements.
"Face Zion Forward" now brings together the remarkable writings of these early authors of the black Atlantic. This collection of memoirs, sermons, and speeches, many of which are based on the Birchtown experience, documents how John Marrant, David George, Boston King, and Prince Hall envisioned the role of Africa and African American communities in black liberation. The volume demonstrates that these men were both collaborators and contestants in the construction of modern post-slavery black identities, and shows how the frameworks of Christian theology and Freemasonry influenced ideas about emancipation and communal independence. The centerpiece of the work is The Journal of John Marrant, published here in its entirety for the first time since 1790. Marrant's missionary diary not only illuminates the intricacies of eighteenth-century African American Christianity, but also presents a richly detailed account of everyday life in Birchtown.
"Face Zion Forward" provides an informed reconstruction of the major ideological and theological conversations that occurred among North American blacks after the American Revolution and illustrates the disparate and complex underpinnings of the modern black Atlantic. In addition, the work presents invaluable insights into African American literary traditions and the development of Ethiopianist and black nationalist discourses.