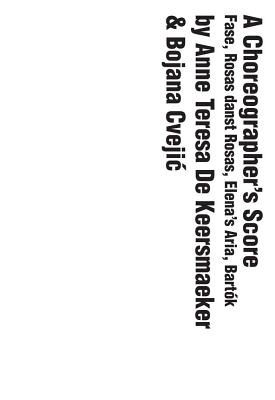 Anne Teresa De Keersmaeker is one of the most prominent choreographers in contemporary dance. Her 1982 debut with "Fase" immediately attracted the attention of the international dance scene; since then De Keersmaeker and her company, Rosas, have created an impressive series of choreographic works that have been described as "pure writing with movement in time and space."

This book explores four of Rosas' early works: "Fase," "Rosas danst Rosas," "Elena's Aria," and "Bartok." In addition to sketches, notes, and photographs, it features four DVDs that include interviews with De Keersmaeker, as well as dance demonstrations and extensive video clips from each of the four works.

Description: 0300188730 Bumped and creased book with tears to the extremities, but not affecting the text block - GOOD