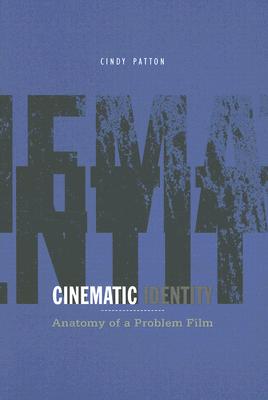 Cinematic Identity: Anatomy of a Problem Film (Theory Out Of Bounds)

Though largely forgotten today, the 1949 film Pinky" had a significant impact on the world of cinema. Directed by Elia Kazan, the film was a box office success despite dealing with the era's most taboo subjects--miscegenation and racial passing--and garnered an Academy Award nomination for its African American star, Ethel Waters. It was also historically important: when a Texas movie theater owner showing the film was arrested for violating local censorship laws, his case went to the U.S. Supreme Court, which ruled the censorship ordinance unconstitutional. In Cinematic Identity, " Cindy Patton takes Pinky" as a starting point to meditate on the critical reception of this and other "problem films" of the period and to explore the larger issues they raise about race, gender, and sexuality. It was films like Pinky," Patton contends, that helped lay the groundwork for a shift in popular understanding of social identity that was essential to white America's ability to accept the legitimacy of the civil rights movement. The production of these films, beginning with 1949's Gentleman's Agreement," coincided with the arrival of the Method school of acting in Hollywood, which demanded that performers inhabit their characters' lives. Patton historicizes these twin developments, demonstrating how they paralleled, reflected, and helped popularize the emerging concept of the liberal citizen in postwar America, and in doing so illustrates how the reception of projected identities offer new perspectives on contemporary identity politics, from feminism to the gay rights movement. Cindy Patton holds the Canadian Research Chair in Community Culture and Health at Simon Fraser University, where she is professor of women's studies and sociology. Her books include Inventing AIDS," Fatal Advice: How Safe-Sex Education Went Wrong," and Globalizing AIDS "(Minnesota, 2002).

Title: Cinematic Identity: Anatomy of a Problem Film (Theory Out Of Bounds)

Description: 0816634122 Crisp, clean, unread book with some shelfwear and a remainder mark to one edge - NICE

Cinematic Identity: Anatomy of a Problem Film (Theory Out Of Bounds)