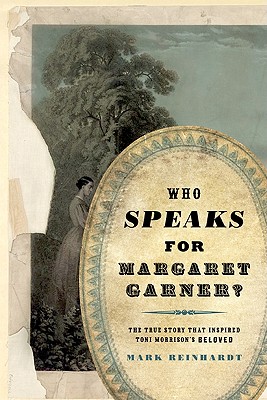 Who Speaks for Margaret Garner?

In January 1856, Margaret Garner and her family were at the center of one of the most dramatic and intensely contested fugitive slave cases in the nation's history. Just hours after escaping slavery in Kentucky and taking refuge in a home in Cincinnati, the Garners were cornered by authorities. As the captors sought to enter the house, Garner killed her two-and-a-half-year-old daughter, Mary. Reports suggested that she had tried to kill her three other children, too. These events were instantly sensationalized in the media, stimulating heated debates throughout the country: What did it mean that a mother would rather kill her children than see them returned to a life in slavery? What should happen to Margaret Garner? The conflicting answers to these questions exposed the fault lines over slavery within a nation already drifting toward civil war.
While Garner's story has famously inspired Toni Morrison's most celebrated novel, "Beloved," the details of the actual events remain largely unknown. In "Who Speaks for Margaret Garner?" Mark Reinhardt has assembled the most important primary documents concerning the case and its aftermath-newspaper accounts of the Garner family's escape, capture, and trial; sermons; editorials; legislative debates; and literary responses-opening up a new perspective on American culture and society on the eve of the Civil War.
Immersing readers in a wealth of fascinating documentary evidence, this book offers not only a singular exploration of antebellum America's debates over such contentious issues as slavery and freedom, race and gender, party and region, and law and politics, but also an engrossing introduction to the work of historical and cultural interpretation.

Title: Who Speaks for Margaret Garner?

Who Speaks for Margaret Garner?