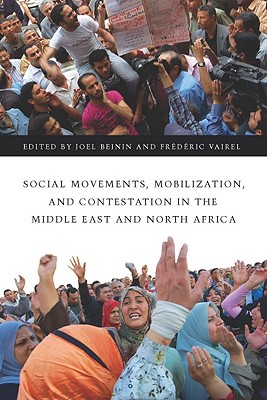 Social Movements, Mobilization, and Contestation in the Middle East and North Africa (Stanford Studies in Middle Eastern and I)

The Middle East and North Africa have become places that almost everyone "knows" something about. Too frequently written off as culturally defined by Islam, strongly anti-Western, and uniquely susceptible to irrational political radicalism, authoritarianism, and terrorism--these regions are rarely considered as sites of social and political mobilization. However, this new volume reveals a rich array of mobilizations that neither lead inexorably toward democratization nor degenerate into violence.
These case studies of Morocco, Egypt, Lebanon, Saudi Arabia, and Turkey are inspired by social movement theory, but also critique and expand the horizons of the theory's classical concepts of political opportunity structures, collective action frames, mobilization structures, and repertoires of contention through intensive fieldwork. This strong empirical base allows for a nuanced understanding of contexts, culturally conditioned rationality, the strengths and weaknesses of local networks, and innovation in contentious action in a region where, with the exception of Turkey, there was little sign of broad-based movements for democratization until the Tunisian and Egyptian uprisings of 2010-11.

Title: Social Movements, Mobilization, and Contestation in the Middle East and North Africa (Stanford Studies in Middle Eastern and I)

Description: 0804775257 Bumped and creased book with tears to the extremities, but not affecting the text block and a remainder mark to one edge - Good

Social Movements, Mobilization, and Contestation in the Middle East and North Africa (Stanford Studies in Middle Eastern and I)