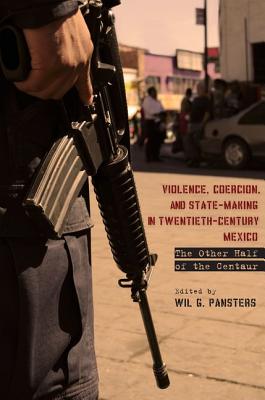 Violence, Coercion, and State-Making in Twentieth-Century Mexico: The Other Half of the Centaur

Mexico is currently undergoing a crisis of violence and insecurity that poses serious threats to democratic transition and rule of law. This is the first book to put these developments in the context of post-revolutionary state-making in Mexico and to show that violence in Mexico is not the result of state failure, but of state-making. While most accounts of politics and the state in recent decades have emphasized processes of transition, institutional conflict resolution, and neo-liberal reform, this volume lays out the increasingly important role of violence and coercion by a range of state and non-state armed actors. Moreover, by going beyond the immediate concerns of contemporary Mexico, this volume pushes us to rethink longterm processes of state-making and recast influential interpretations of the so-called golden years of PRI rule. "Violence, Coercion, and State-Making in Twentieth-Century Mexico" demonstrates that received wisdom has long prevented the concerted and systematic study of violence and coercion in state-making, not only during the last decades, but throughout the post-revolutionary period. The Mexican state was built much more on violence and coercion than has been acknowledged--until now.

Title: Violence, Coercion, and State-Making in Twentieth-Century Mexico: The Other Half of the Centaur

Violence, Coercion, and State-Making in Twentieth-Century Mexico: The Other Half of the Centaur