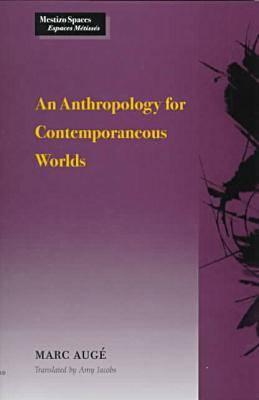 Under what conditions is anthropology possible today, when a crisis of social meaning--a crisis that makes it more difficult to conceive and manage our relation to the other--makes the need for anthropology appear more clearly than ever before? This book sets forth at least the beginning of an answer to this question.
The volume's title combines a singular noun, anthropology, with a plural one, contemporaneous worlds. It aims to register the double movement of universalization and particularization that is simultaneously affecting the entire planet. Social anthropology has always taken into account the context of the groups and phenomena it studied. Today, while multiplicity is being maintained or, more precisely, renewed, that context has become, in all cases, planetary.
Positioned in opposition not only to political theories of universalization and uniformization more or less tied to the theme of "the end of history," but also to "postmodernist" versions of anthropological theories of multiplicity and relativism, the author argues that social anthropology, through its self-critical tradition, is fully capable of adapting to the accelerated change that is continuously recomposing relations between universalism and particularisms. It is for social anthropology to select, analyze, and understand the new modes of sociality and the new spaces in which (not without calamities and contradictions) these utterly new recompositions, a major aspect of our contemporary world, manifest themselves.

Description: 0804734747 Crisp, clean, unread book with some shelfwear and a remainder mark to one edge - NICE