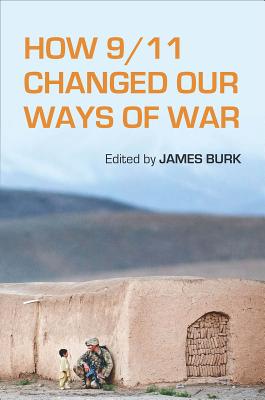 Following the 9/11 attacks, a war against al Qaeda by the U.S. and its liberal democratic allies was next to inevitable. But what kind of war would it be, how would it be fought, for how long, and what would it cost in lives and money? None of this was known at the time. What came to be known was that the old ways of war must change--but how?
Now, with over a decade of political decision-making and warfighting to analyze, "How 9/11 Changed Our Ways of War" addresses that question. In particular it assesses how well those ways of war, adapted to fight terrorism, affect our military capacity to protect "and" sustain liberal democratic values.
The book pursues three themes: what shaped the strategic choice to go to war; what force was used to wage the war; and what resources were needed to carry on the fight? In each case, military effectiveness required new and strict limits on the justification, use, and support of force. How to identify and observe these limits is a matter debated by the various contributors. Their debate raises questions about waging future wars--including how to defend against and control the use of drones, cyber warfare, and targeted assassinations. The contributors include historians, political scientists, and sociologists; both academics and practitioners.

Description: 0804788464 Crisp, clean, unread book with some shelfwear and a remainder mark to one edge - NICE