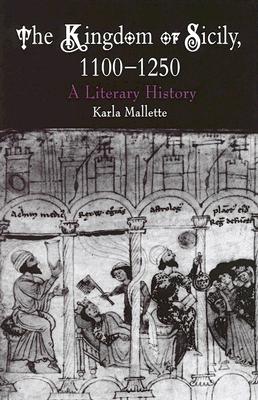 When Muslim invaders conquered Sicily in the ninth century, they took control of a weakened Greek state in cultural decadence. When, two centuries later, the Normans seized control of the island, they found a Muslim state just entering its cultural prime. Rather than replace the practices and idioms of the vanquished people with their own, the Normans in Sicily adopted and adapted the Greco-Arabic culture that had developed on the island. Yet less than a hundred years later, the cultural and linguistic mix had been reduced, a Romance tradition had come to dominate, and Sicilian poets composed the first body of love lyrics in an Italianate vernacular.Karla Mallette has written the first literary history of the Kingdom of Sicily in the twelfth and thirteenth centuries. Where other scholars have separated out the island's literature along linguistic grounds, Mallette surveys the literary production in Arabic, Latin, Greek, and Romance dialects, in addition to the architectural remains, numismatic inscriptions, and diplomatic records, to argue for a multilingual, multicultural, and coherent literary tradition. Drawing on postcolonial theory to consider institutional and intellectual power, the exchange of knowledge across cultural boundaries, and the containment and celebration of the other that accompanies cultural transition, the book includes an extensive selection of poems and documents translated from the Arabic, Latin, Old French, and Italian. "The Kingdom of Sicily, 1100-1250" opens up new venues for understanding the complexity of a place and culture at the crossroads of East and West, Islam and Christianity, tradition and innovation.

Description: 0812238850 Bumped and creased book with tears to the extremities, but not affecting the text block - GOOD