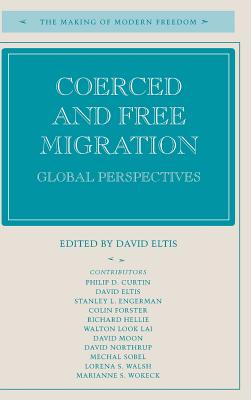 This volume is an innovative history of major worldwide population movements, free and forced, from around 1500 to the early twentieth century. It explores the shifting levels of freedom under which migrants traveled and compares the experiences of migrants (and their descendants) who arrived under drastically different labor regimes.

The themes of the collection are structured around changes in migration regimes over time, as well as the implications of those changes for the source and host societies, and the migrants themselves. The central and unifying issue is the varying degrees of freedom in the different migratory regimes and what this meant in the long run. In the initial period covered by the book, freedom to migrate had steadily eroded, and migration itself became gradually more free only in the nineteenth century.

All eleven authors have widely acknowledged expertise not only in particular geographic or national branches of migration but also in more than one migratory or labor regime. The volume's wide geographical range incorporates the expansion of Europe eastward (under serfdom), as well as the extension of Africa and Europe westward across the Atlantic (slave, free, and indentured servant regimes), and movements from Asia and Africa by contract laborers. For the first time, experts on the various kinds of migrants have combined to address the issue of migration from the standpoint of the labor arrangement under which the migrants traveled. The result is a collection rich in comparative insights yet cohesive in terms of the issues addressed.