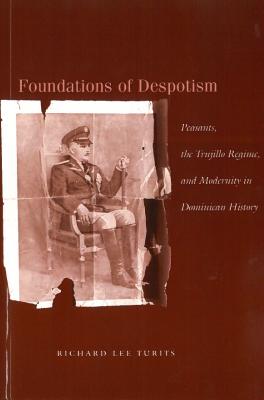 Foundations of Despotism: Peasants, the Trujillo Regime, and Modernity in Dominican History

This book explores the history of the Dominican Republic as it evolved from the first European colony in the Americans into a modern nation under the rule of Rafael Trujillo. It investigates the social foundations of Trujillo's exceptionally enduring and brutal dictatorship (1930-1961) and, more broadly, the way power is sustained in such non-democratic regimes. The author reveals how the seemingly unilateral imposition of power by Trujillo in fact depended on the regime's mediation of profound social and economic transformations, especially through agrarian policies that assisted the nation's large independent peasantry. By promoting an alternative modernity that sustained peasants' free access to land during a period of economic growth, the regime secured peasant support as well as backing from certain elite sectors. This book thus elucidates for the first time the hidden foundations of the Trujillo regime.

Title: Foundations of Despotism: Peasants, the Trujillo Regime, and Modernity in Dominican History

Foundations of Despotism: Peasants, the Trujillo Regime, and Modernity in Dominican History