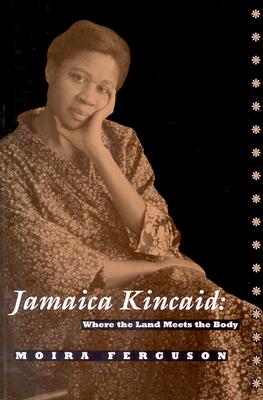 Jamaica Kincaid: Where the Land Meets the Body,

As a writer who has been quoted as saying she writes to save her life- that is she couldn't write, she would be a revolutionary- Antiguan novelist Jamaica Kincaid translates this passion into searing, exhilarating prose. Her weaving of history, autobiography, fiction, and polemic has won her a large readership. In this first book-length study of her work, Moira Ferguson examines all of Kincaid's writing up to 1992, focusing especially o their entwinement of personal and political identity. In doing so, she draws a parallel between the dynamics of the mother-daughter relationship in Kincaid's fiction and the more political relationship of the colonizer and the colonized. Ferguson calls this effect the "doubled mother"- a conception of motherhood as both colonial and biological.

Title: Jamaica Kincaid: Where the Land Meets the Body,

Jamaica Kincaid: Where the Land Meets the Body,