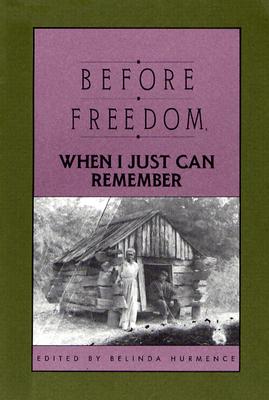 Before Freedom, When I Just Can Remember: Personal Accounts of Slavery in South Carolina

The idea of interviewing slaves about their experiences dates to the 1760s, when abolitionists first began to publish slave narratives as a way to educate the public to the horrors of slavery. From 1929 to 1932, the social sciences department at Fisk University in Nashville, Tennessee, sponsored a project to gather more interviews. In 1934, one of the Fisk project workers suggested the federal government hire unemployed white-collar blacks to undertake similar projects in Indiana and Kentucky. Two years later, the Works Progress Administration directed the Federal Writers' Project teams in four more states to begin interviewing former slaves living in their states. The project soon expanded to cover fourteen states. By the time the WPA project ended in 1938, some 2,000 interviews, representing about two percent of the ex-slave population in the United States at the time had been completed and transcribed.

The editors of the volumes listed on this page combed through the transcriptions to find the most interesting of the narratives from each particular state.

Title: Before Freedom, When I Just Can Remember: Personal Accounts of Slavery in South Carolina

Before Freedom, When I Just Can Remember: Personal Accounts of Slavery in South Carolina