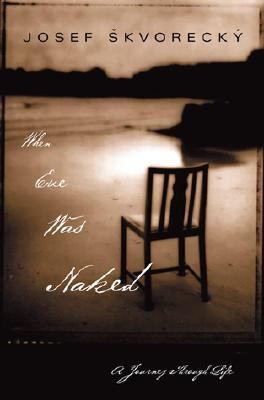 When Eve Was Naked: A Journey Through Life

One of the most celebrated writers of our time, Josef Skvorecky has been internationally honored for his passion, wry humor, insight into human and political frailty, and breathtaking style. "When Eve Was Naked" is Skvorecky's autobiography told in stories. Collected here in a chronological sweep, they take the reader through the stages of a most remarkable life, and bear witness to some of the twentieth century's most eventful and tragic times -- from the innocence of prewar Prague through the horrors of the Nazi occupation and World War II. Many of these are narrated by the tenderhearted cynic Danny Smiricky. In the title story, "Eve Was Naked," seven-year-old Danny falls in love for the first time; at sixteen he hides in a railway station and watches as his Jewish teacher is herded onto a train and taken away. In 1968, as Russian tanks rolled into Prague, Skvorecky fled Czechoslovakia, taking Danny with him. In the collection's final stories Danny begins his tenure as Professor Smiricky at Edenvale -- a Canadian university -- and attempts to come to terms with the politically innocent and self-centered youth that flock to his courses.
Masterfully written, humorous, and wise, When Eve Was Naked is a remarkably revealing work of fiction.

Title: When Eve Was Naked: A Journey Through Life

When Eve Was Naked: A Journey Through Life