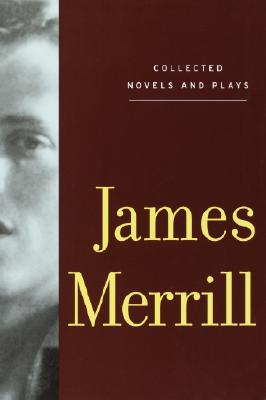 Following the widely celebrated "Collected Poems," this second volume in the series of James Merrill's works brings us Merrill as novelist and playwright. Just as in his poems we come upon prose pieces, dramatic dialogue, and even a short play in verse, in his novels and plays we find the rhythms of his poetry reflected and given new form.
Merrill's first novel, "The Seraglio," is a daring "roman a clef" derived in large part from his early life as the cosmopolitan son of Charles Merrill, one of America's most famous twentieth-century financiers. Written in a highly refined prose that owes something to Henry James, the book is a compelling portrait of the luxury and treachery swirling around the Southampton beach house of an irrepressible family patriarch, with his many mistresses and ex-mistresses in attendance, told from the point of view of his lively but troubled son. At the other end of the narrative spectrum we find "The (Diblos) Notebook," an experimental novel in which a young American's adventures on a Greek island are deconstructed and assembled into a tentative fiction before our eyes. Merrill's plays, including the one-act comedy of manners "The Bait" and the Chekhovian" The Immortal Husband"--a reinvention of the myth of Tithonus, who was granted eternal life but not eternal youth--are also fresh turns on his characteristic themes: home and travel, reality and artifice, simplicity and complication. And, for the first time in print, here is Merrill's short play "The Birthday," a fledgling effort written in 1947 and a fascinating window onto the concern with spiritual communication and the otherwordly that would later blossom into his great epic," The Changing Light atSandover."