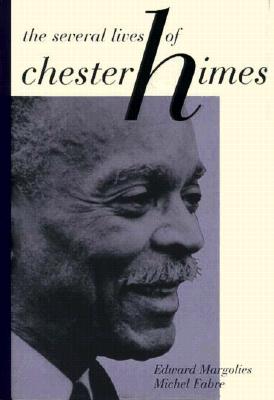 The Several Lives of Chester Himes

A fascinating blend of hatred and tenderness, of hard-boiled realism and generous idealism colors the writings of Chester Himes. How did this gifted son of the respectable southern black family become a juvenile delinquent? How did he acquire self-esteem and a new sense of identity by writing short stories while in the Ohio state penitentiary?

Chester Himes (1909-1984) had literary genius. Yet in his native country, he is recalled more as the author of successful detective novels ("Cotton Comes to Harlem") than as a practitioner of the art of fiction. The genesis of his books is his own autobiography. In "If He Hollers, Let Him Go" and in the fratricidal shootout of his black detectives Grave Digger and Coffin Ed in "Plan B" he was an unsparing witness to our changing times. His painful experiences in American indelibly marked his fiction, which is filled with reflections on his difficult relationships, especially with women--his fair-complexioned mother, his African-American first wife Jean, his many white lovers, and finally his English wife Leslie. His career was beset by controversy, and he left America to live on the Left Bank in the colony of expatriates and as a colleague of Richard Wright. Eventually, he settled in Spain.

Drawn from his letters, notebooks, memoirs, and his fiction, this straightforward account of Hime's varied, episodic life attempts to trace the origins of his significant literary gift. It details the socioeconomic, familial, and cultural background which fed his ambivalent views on race in America. Hime's Deep South childhood, his adolescence in the Midwest, his young manhood in prison (1928-1936), his years as a menial laborer, his struggles as an author in California and New York City, and finally his glory days as an expatriate and celebrity in France and Spain are plumbed deeply for their effects upon his works. This is the bittersweet story of a man who found salvation in writing.

The Several Lives of Chester Himes