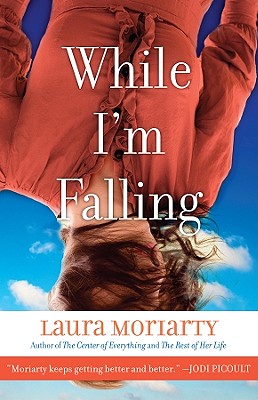 In While I'm Falling, Laura Moriarty presents a compelling depiction of how one young woman's life changes when her family breaks up for good. Ever since her parents announced that they're getting divorced, Veronica has been falling. Hard. A junior in college, she has fallen in love. She has fallen behind in her difficult coursework. She hates her job as counselor at the dorm, and she longs for the home that no longer exists. When an attempt to escape the pressure, combined with bad luck, lands her in a terrifying situation, a shaken Veronica calls her mother for help--only to find her former foundation too preoccupied to offer any assistance at all. But Veronica only gets to feel hurt for so long. Her mother shows up at the dorm with a surprising request--and with the elderly family dog in tow. Boyfriend complications ensue, along with her father's sudden interest in dating. Veronica soon finds herself with a new set of problems, and new questions about love and independence. Darkly humorous, beautifully written, and filled with crystalline observations about how families fall apart, While I'm Falling takes a deep look at the relationship between a daughter and a mother when one is trying to grow up and the other is trying to stay afloat.