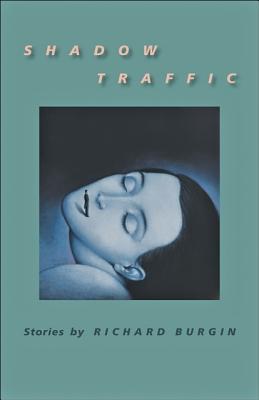 The "New York Times Book Review" has praised Richard Burgin's stories as "eerily funny... dexterous... too haunting to be easily forgotten," while the "Philadelphia Inquirer" calls him "one of America's most distinctive storytellers... no one of his generation reports the contemporary war between the sexes with more devastating wit and accuracy." Now, in "Shadow Traffic," his seventh collection of stories, five-time Pushcart Prize winner Richard Burgin gives us his most incisive, witty, and daring collection to date as he explores the mysteries of love and identity, ambition and crime, and our ceaseless, if ambivalent, quest for truth.

In "Memorial Day," an aging man at a public swimming pool recalls a brief but momentous affair he had with a young British woman in London thirty years ago and the paradoxical role his recently deceased father played in it. In the highly suspenseful "Memo and Oblivion," set in the near future in New York, two rival drug organizations engage in a dangerous battle for supremacy--one promoting a pill that increases memory exponentially, the other a pill that dramatically eliminates memory. "The Interview" centers on a B-movie starlet married to a much older and more famous director and her tragic yet comic interview with an ambitious but conflicted young reporter.

"Shadow Traffic" justifies the "New York Times"' claim that Burgin offers "characters of such variety that no generalizations about them can apply" and why the "Boston Globe" concluded that "Burgin's tales capture the strangeness of a world that is simultaneously frightening and reassuring, and in the contemporary American short story nothing quite resembles his singular voice."